One of many things to like about Linux is the fact that you can test it out fairly easily before making a full commitment. But with so many distributions to choose from, what seems simple enough can end up being a rather drawn out and complicated process. In this post, we’ll examine how to test Linux and look at some factors that should be considered as you go from the lab to a live IT environment.

Linux offers a couple of ways to do just about everything, and testing different OS software is no exception. There are several testing methods at your disposal, including:

Virtualization: Testing Linux on a VM is very similar to running a traditional Windows program. All you need is a capable hypervisor and a machine with enough resources to support the number guest systems you want to run. Once set up, you can test drive Linux until your heart is content, all without disrupting your existing Windows installation.

Live CD: Running a Live CD is arguably the most common way to test drive Linux. Since you boot up the distro right from a disc, there are no changes made to the system. Most modern distros are available in CD formats that can be purchased or downloaded freely depending on the company behind them. The only downside here is that Linux runs noticeably slower on disc in comparison to an installed copy.

Live USB: Similar to the CD method, a Live USB allows you to run the distro of your choosing from a portable, fully bootable copy. Likewise, the ISO files for the distro can be purchased or downloaded and manually copied to the drive. The biggest difference is that a Live USB offers performance that is nearly on par with a fully installed copy, which could be a huge deal during testing.

Test hardware: This last one doesn’t often come to mind when thinking of how to test Linux, but using a piece of standalone equipment as your testing grounds is a viable option. The cool thing about Linux is that it doesn’t require lofty hardware specs. As a result, administrators can grasp a feel for what a given distro has to offer by installing a full copy on either old or commodity hardware.

Linux has traditionally been thought of as a server platform. That perception is slowly changing the more it trends towards desktop usage. In looking for something simple and easy to navigate, it’s possible that your test installation, despite being pleasant to use, may fall short of expectations in production. Some Linux distros are flexible enough to seamlessly drive server and desktop computing alike. A growing number of distributions lack the power server environments demand, yet are rich in the bells and whistles that cater to Windows desktop users . Simply realizing this can spare administrators a lot of time and heartache. 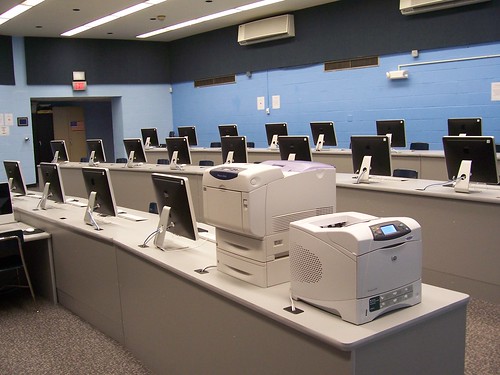 Every user migrates to a new OS with a specific need or goal in mind. Those specifics are often magnified in a live setting. For example, company leaders might be impressed with Linux’s reputation for superb out of the box security, yet demand more once their server is facilitating business email and processing client data.

The promise of fluidity and speed is very appealing to Windows users. Taken out of the lab and into the production zone, Linux really starts to show its championship pedigree. But whether it’s a modestly powered blade server or a multi-core workhorse, no distro will perform at maximum levels without a little help. Knowing when to use the command line, zapping wasteful processes, and keeping the kernel patched on a regular basis are just a few ways to bolster up native performance. In other words, system administration skills suddenly become vital to maximizing Linux’s true power in live settings.

Community resources may be all you need when testing Linux or running a desktop-friendly distro. But if you plan on running mission-critical business apps on a more powerful Linux distro (CentOS, Redhat, Ubuntu) then you’re probably migrating to a server, and every Linux server needs rock-solid support behind it. Even if you test drive Linux free on a Live CD, it makes sense to purchase commercial support from a reputable vendor you can trust to provide ongoing assistance. Regular updates, patches, and general maintenance will afford you a peace of mind when finally driving your new OS in production.