Jumping from Windows to Linux is like migrating to a whole new world. Once you cross the line, you have to get familiar with a new breed of software, administration tools, and security policies. Even the lingo is considerably different than what a Windows user is accustomed to. The terminology factor does nothing but compound what is already a fairly complex subject. We hope to simplify some common Linux jargon by breaking down this mini-glossary of introductory terms.

1. Binary (Binaries): A binary file is almost the exact opposite of a text file. While a text file can be easily read by humans, a binary file is considered non-readable because it can only be interpreted by an operating system, application, or other machine-based system. When used in the context of Linux jargon, binaries are often dumbed down to describe the executable files and applications you might download from an open source repository online.

2. Command: A command tells the computer to perform a specific task. In contrast to Windows, manually executing commands is still an integral part of the Linux experience for many users. From printing documents to installing software packages, Linux commands do a little of everything.

3. Distros: Distributions or distros, refer to different variations of operating systems based on the original Linux kernel. Each variant usually comes complete with its own desktop environment, software, and update releases. Since the source code of the kernel is open source, anyone with the resources can follow in the footsteps of Debian, SUSE, or Ubuntu and build out their own distro.

4. Flavors: Linux has distros. Unix has flavors, and Linux is one of them. These flavors are essentially different variations controlled by different organizations, associations, and individuals. Each version is based on the fundamental values of Unix, but tends to offer its own unique features, commands, and hardware specifications.

5. GNOME: GNOME is an open source desktop environment designed to simplify the navigation and operation of Unix-like systems for non-technical users. It offers a fully integrated environment complete with a graphical user interface and a host of useful applications many Windows users take for granted. The GNOME source code is at the core of several open source projects, including an OS distro its community recommends for testing and development.

6. GNU: The GNU’s Not Unix (GNU) project was designed with a beauty like Linux in mind. In 1983, Richard Stallman sowed the seeds for an operating system that would possess the power and stability of Unix, yet with a source code that could be freely copied, tweaked, and redistributed. That idea led to the creation of the Free Software Foundation in 1985. In 1991, Stallman’s concept came to fruition when Linus Torvalds designed the Linux kernel, the heart of the OS and final missing piece of the puzzle. 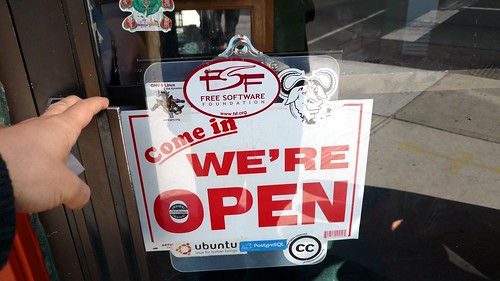 7. GNU GPL: Though commonly associated with Linux jargon, the GNU General Public License (GPL) dictates how free software is to be copied, altered, and distributed. It is essentially the license that gives various Linux distributions, the Apache web server, and other software the right to be called open source. Like the GNU project, the GPL was created as part of the movement that gives users a flexible and often free alternative to proprietary software products.

8. Package Manager: Found in several modern distros, the package manager is a built-in utility designed to streamline app management. You can browse, install, and remove software right from this centralized station. The Package Manager is a convenient alternative to the tedious process of searching for a piece of software online, downloading it from shifty website, and tracking it down in the Add/Remove Programs section of the Windows Control Panel when you want to delete it.

9. Root: In Linux terms, the word root holds several meanings. Windows calls a user with full system access and top-level privileges an administrator. In the Linux environment, that role is identified as the root user. The term also refers to the root user’s home directory, which sits atop the file system that houses all other directories.

10. Terminal: Also known as the shell or command line interface (CLI), the terminal is the old school Unix environment administrators traditionally used to manually control the system by entering simple Linux commands. The terminal offers a faster, more powerful experience because it harnesses very little processing power compared to the GUIs that allow you to point, click, drag your way across the system.