This phrase, spoken by a wise, probably cheap man, is one of my favorite old adages. As my luck goes, it’s when you try to fix something that you actually break it and end up ruining everything. Apparently there are a handful of decision-makers who feel the same way about their old technology.

The LGM-30 Minuteman III is the last of its kind. Running since 1968, the intercontinental ballistic missile system is comprised of more than 400 missiles across four base locations, including the facilities at the F.E. Warren Air Force Base in Wyoming. That’s where a team of so-called “missileers” operate the whole show from an underground control center. These specialists are responsible for communicating with key people in Washington and actually pushing the button using archaic information technology. 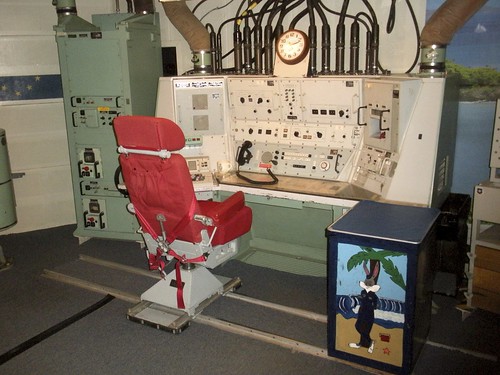 Your old workstation has nothing on the IT equipment these guys use to deploy missiles that literally respond to commands within a few short minutes. The computer system used to send word to and from the president runs those big, awkward 8-inch floppy disks similar to the ones I used to load on my Commodore 64. The system operates with no internet connection, so there is no spam, viruses, DDoS attacks, or other cyberthreats to worry about. Plus, team members communicate with the outside world via analog phones. As a result, the Minuteman infrastructure is much more secure than the connected corporate network.

Upgrades throughout the years have given the system advanced functionality beyond exchanging  fast, reliable information between the right personnel. Hardware additions, improved targeting capabilities, and extensive survival proofing have been incorporated to keep pace with the ever evolving challenges of national defense. Building and rolling out an entirely new system is a multi-billion dollar project, so the Air Force plans to keep the third incarnation of the Minute Man missile operational at least until 2030.

Mainframe computers were still all the rage when the LGM-30 Minuteman III came to exist. Corporations and government entities once exclusively relied on these centralized, high-powered systems for processing and storing large amounts of data. Financial institutions, insurance companies, universities, retailers, and government agencies still use mainframe computers for high-volume data applications – some on hardware made before PCs were even thought of. 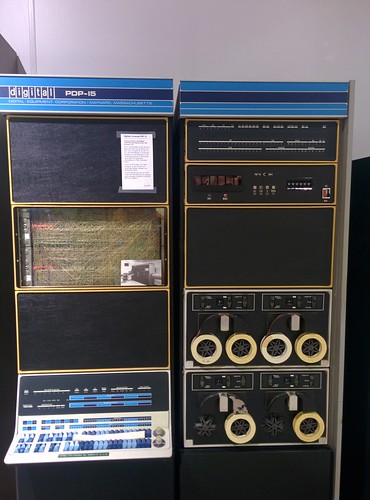 Before IBM began to dominate the rapidly shrinking market, Digital Equipment Corporation was the king of the mainframe game. The company was acquired by Compaq in 1998, but DEC is survived by some of the computers it produced decades ago. In fact, the PDP series mainframes DEC made in the 1970s can be found sparingly integrated with modern information systems. The U.S. Navy, for example, simulates the exact functions of a PDP-11 machine using emulation technology on up to date hardware.

When developers think of old programming languages, they probably envision mature scripting tools like C or maybe even PHP if they’re from the younger crowd. Those two certainly qualify as old technology, but no programming language has been around longer than good ol’ COBOL. Originally created in 1959, Common Business-Oriented Language came after FORTRAN – the first widely adopted general purpose programming language, but has had a much bigger overall impact. After all, it made the list!

COBOL was invented by a team of engineers from the military and companies like IBM. The language was designed to create advanced data processing software that ran efficiently on any given computer, while being easy enough for general-level computer folks to master. Apparently the plan worked because by 1970, COBOL had ascended to global stardom as the most widely adopted computer language in the world. A recent survey by ComputerWorld found that nearly 50 percent of enterprise and government entities still cite frequent use of COBOL.

When it comes to digital computer hardware, there is one piece of equipment that has outlasted them all. Formerly known as Harwell Dekatron, the Wolverhampton Instrument for Teaching Computing from Harwell (WITCH) was first booted up back in 1951. The bulk of its first 20 years were spent in Wolverhampton University, where it was housed until essentially being shut down in 1973. WITCH got a reboot in 2009, just in time for its arrival at the National Museum of Computing at Bletchley Park. You’ll find it there on display, showing off its vintage data processing software. 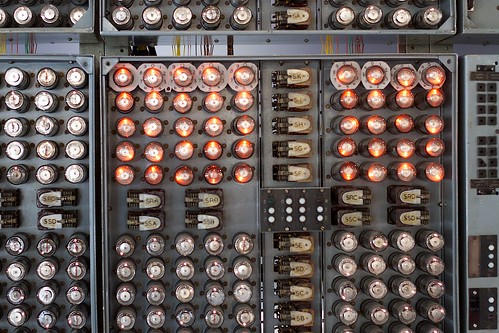 The WITCH looks a sci-fi wonder to this day, but it’s actually a simple machine with limited capabilities. Designed to automate the tedious process of calculating numbers by manual means, the big hunking piece of metal reads from paper tape, stores the information in its volatile memory, and processes the data using relays. It has also been called a tortoise on more than one occasion. But what it lacks in speed it makes up for in accuracy and reliability. The WITCH flat out doesn’t make mistakes and as the legend goes, can run for days on end.

Workstations have numerous advantages over PCs. Their robust specifications make them ideal for advanced analytics, computer aided design (CAD), complex digital content creation, and other applications that demand high-performance computing. Austin, Texas-based Boxx Technologies is a frontrunner in the industry with workstation technology that has earned a reputation for three things: power, flexibility, and durability.

In 2013, Boxx Technologies held a contest to find who had the oldest Boxx workstation still in use. The contest attracted a number of submissions, many of which were submitted via clips the company spun into a neat YouTube video compilation. Andrew Pingle was crowned the winner by a close seven days. Pingle’s system has been up and running since he purchased it in April of 2011. Though he was awarded with a brand new 3D-friendly Boxx workstation, Pingle said he’s intent on trying to get another 10 or 20 years out of his old box, which still sees everyday usage.

Whether it’s a physical machine like Mr. Pingle’s Boxx workstation, or purely software-based like the COBOL language, a few key ingredients are needed in order for a given system to stay up and running. First and foremost is the strong foundation you find in a solid system design. PDP minicomputers would have never made it out of the 70s without the innovation, effort, and attention to detail DEC devoted to the manufacturing process.

Next is proper upkeep. The WITCH most certainly owes its historic run to dedicated system maintenance. In fact, it was a team from the Computer Conversation Society that restored the machine to the working point needed to be presentable for display at the museum. Of course maintenance is critical when it comes to a national defense weapon like the LGM-30 Minuteman III. The Air Force initiated one of its most important maintenance projects in the 1990s with the Rapid Execution and Combat Targeting program or REACT, which focused on reducing the amount of time needed to re-target missiles.

The last ingredient is compatibility with new technology. Even classic cars are operating with new replacement parts, and old technology must be fit with new components that enable it to thrive in to the future. COBOL has constantly been updated with new and improved compilers, debugging capabilities, object orientation and various standards to get the language to a point where it can still run efficiently on today’s information systems.

Your smartphone may be out of style by next year, but with the proper nurturing, your information technology can potentially challenge some of the remarkable runs listed here.